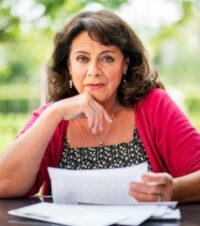 Ursula Corbin, one of lifespark's founders

I joined a group of Amnesty International in 1986 – right after returning to live in Switzerland.

After a year or so, my group got a letter from an inmate on Death Row in Texas – he wanted to get in contact with us and have somebody to correspond with. Since I was the only one at the time who knew English well enough to write, I was the one to write him back.

A very deep and lasting friendship resulted from this and I wrote him very often and visited him every year. Unfortunately this all ended abruptly when he was executed in 1993! What a devastating experience! I did not want to write to any inmate on Death Row anymore…

But then I gave an interview to a Texas Radio Station about this penpalship and about my ideas on the death penalty. Soon after that I was swamped with letters from inmates – they had gotten my address from that radio station! There was no way I could start writing to each of them and I was thinking of ways of how I could possibly handle this.

I met two ladies who also had started a pen pal-ship with an inmate on Death Row and the three of us came up with the idea of starting a little organization to connect inmates with people from the ‘outside’. That was how the idea of lifespark was born! We found some other interested people and founded that organization at the end of 1993.

After about a year we already had 30 members! Today (in 2010), 17 years later, lifespark has about 300 members and more than 1000 inmates have been connected with someone willing to write. 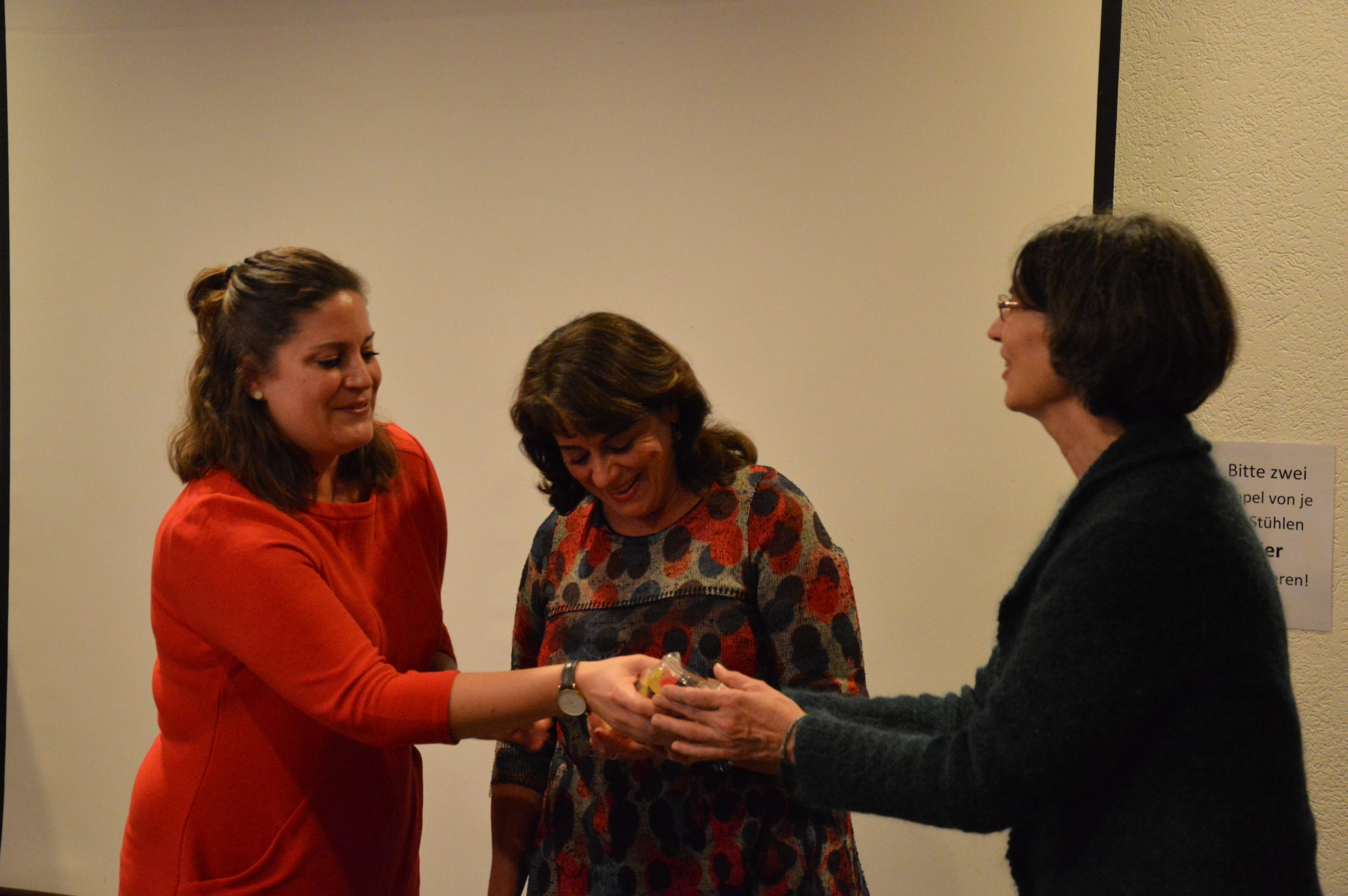 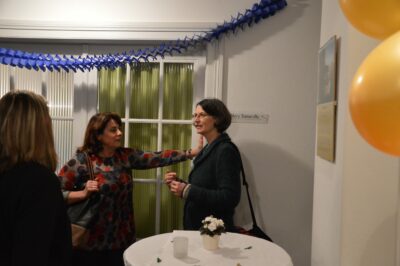 The top photo shows Sunny Jacobs, exonerated and freed from death row in 1992. For more on her story, see this article.

The bottom photo shows the speakers Gary Taylor, a lawyer specializing in death penalty cases, SueZann Bosler, whose father was murdered in front of her, Dennis Longmire, and Rick Halperin, the latter two university professors and tireless campaigners against the death penalty. 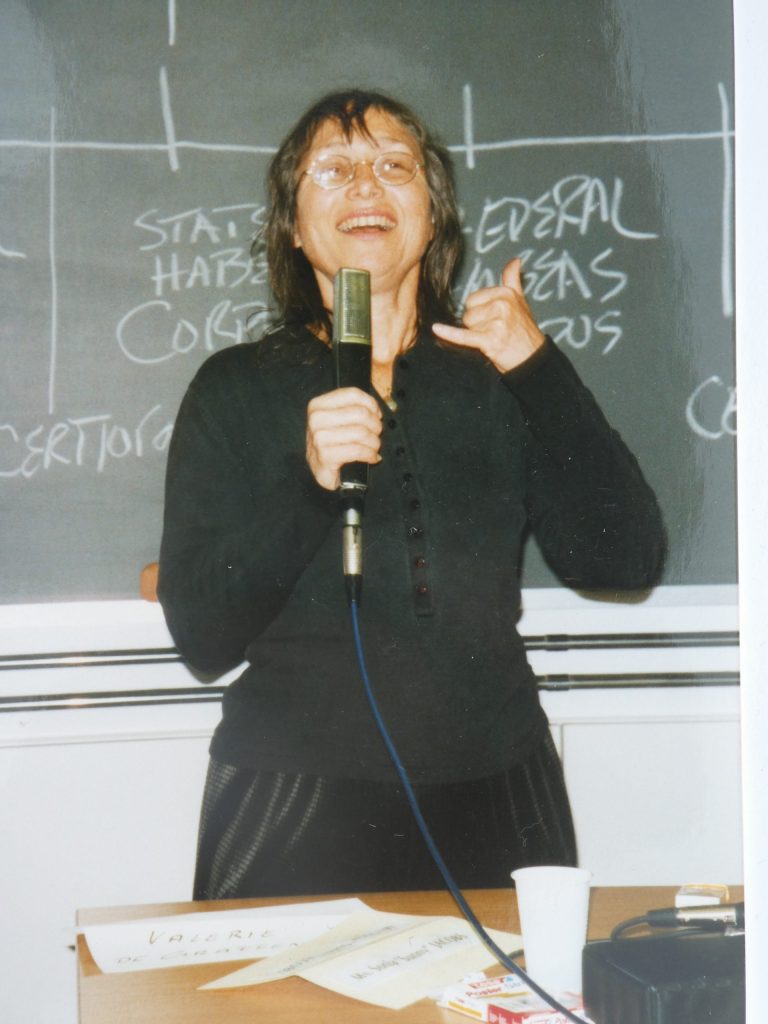 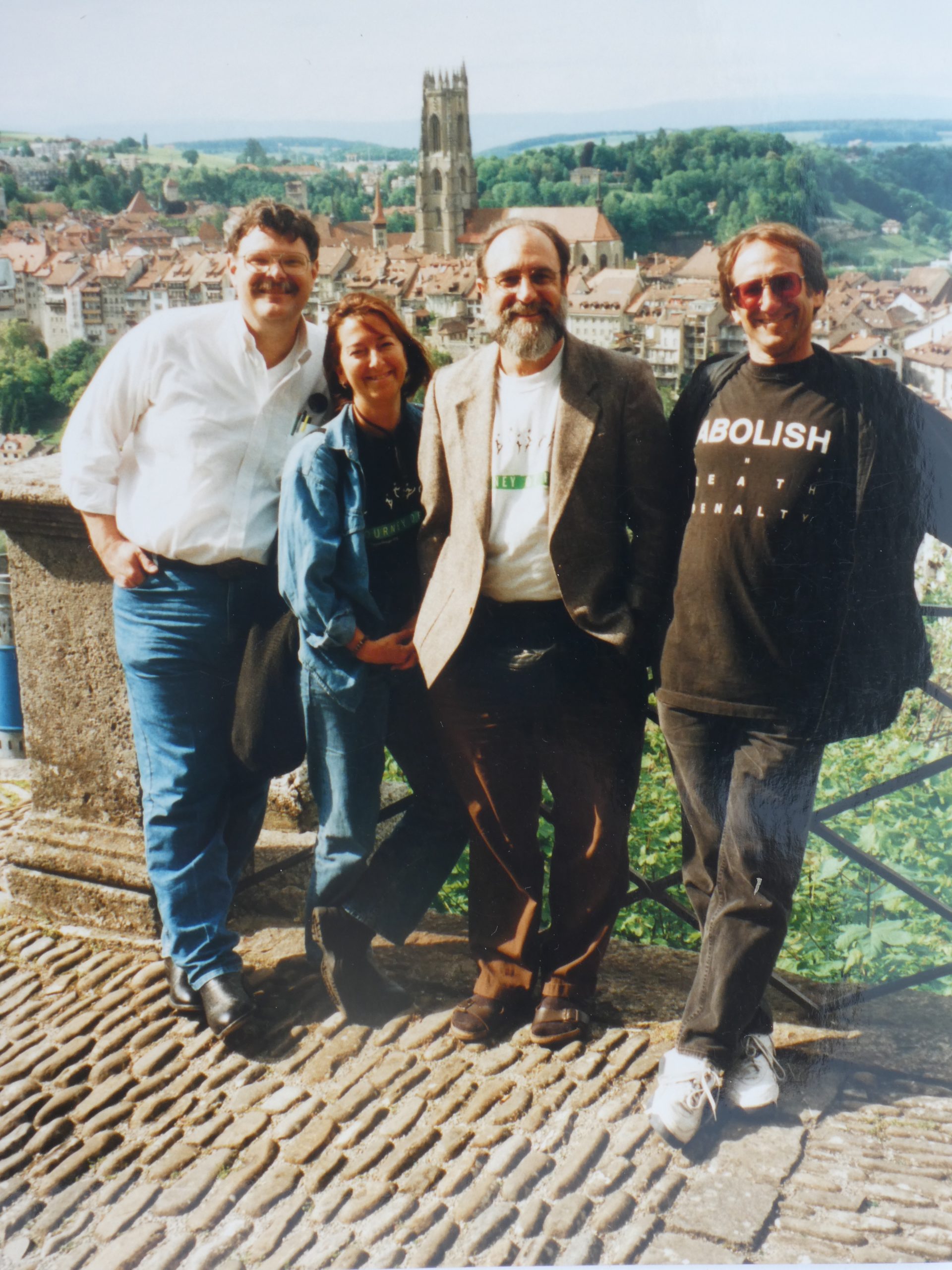 lifespark becomes a member of the World Coalition against the Death Penalty upon its foundation.  The film festival at “La Cinémathèque Suisse” celebrates the 10th anniversary of the organization. 11 films are presented during the month of October, including a documentary by the Swiss film maker Rolf Lyssy, “Schreiben gegen dem Tod”. 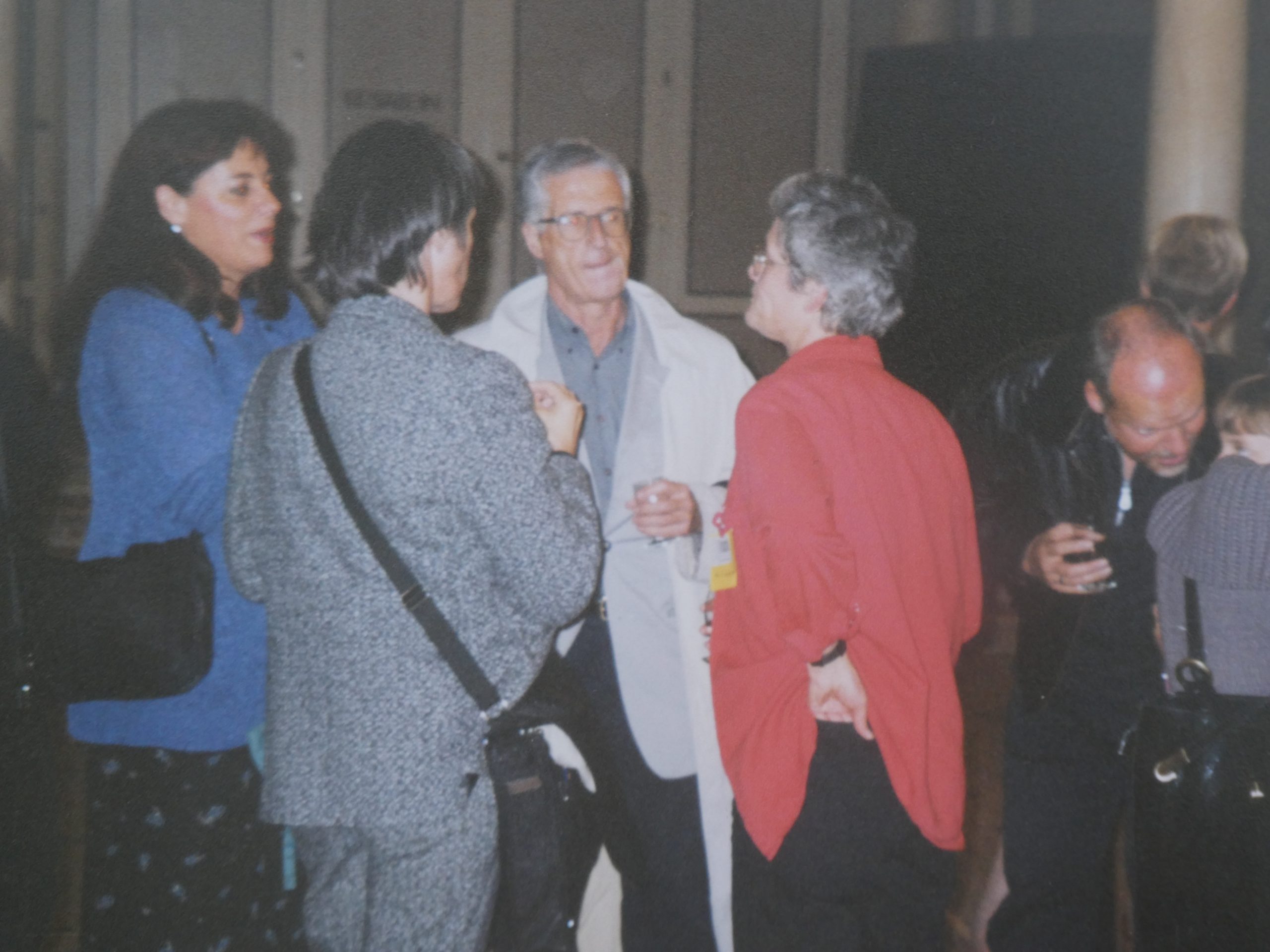 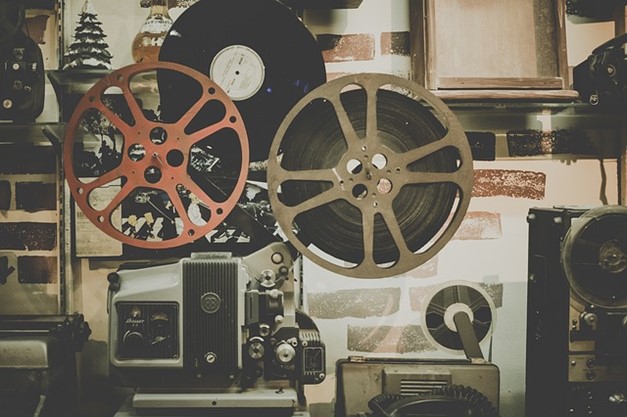 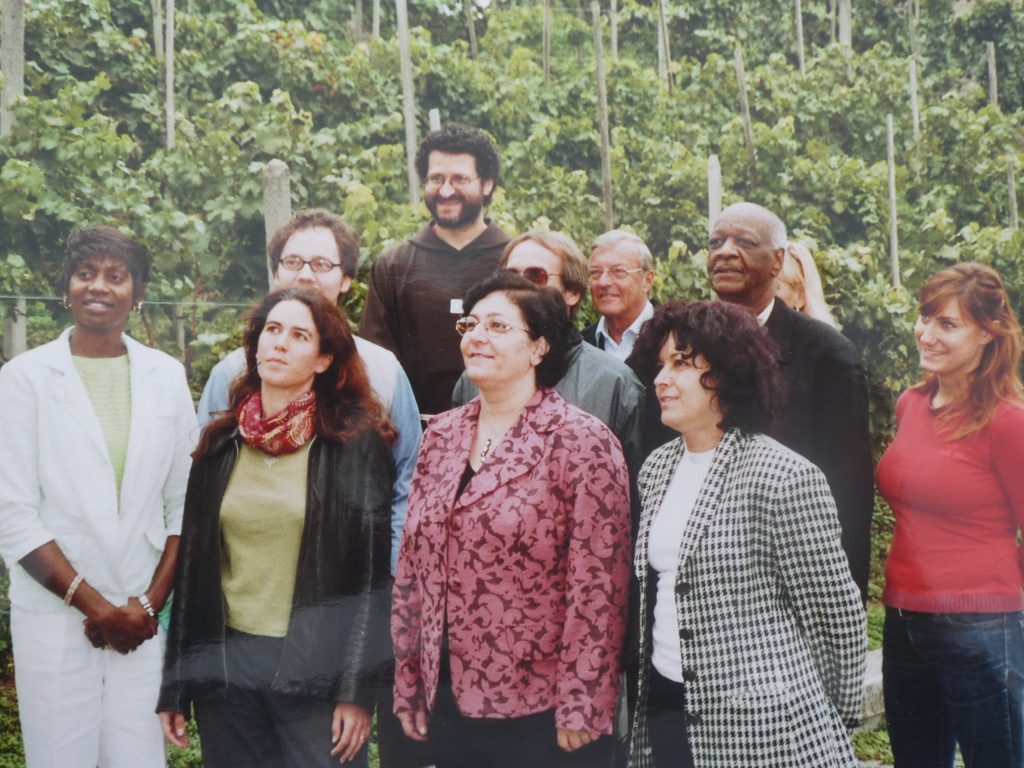 lifespark participates in the 4th World Congress Against the Death Penalty in Geneva/Switzerland.

Many members are involved as volunteers. 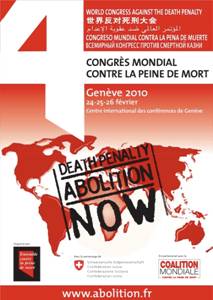 Anthony Graves, released and declared innocent after 12 years on death row and a further four in prison after his sentence was overturned in 2006, visited his penfriends in Switzerland and gave several talks in universities for Amnesty International and lifespark and interviews for tv and radio. He also found some time to enjoy some relaxing moments with lifespark members.

The top photo shows Anthony before a talk for lifespark and Amnesty International at the University of Berne, and the bottom photo shows him enjoying a banana split in a restaurant in Schaffhausen. 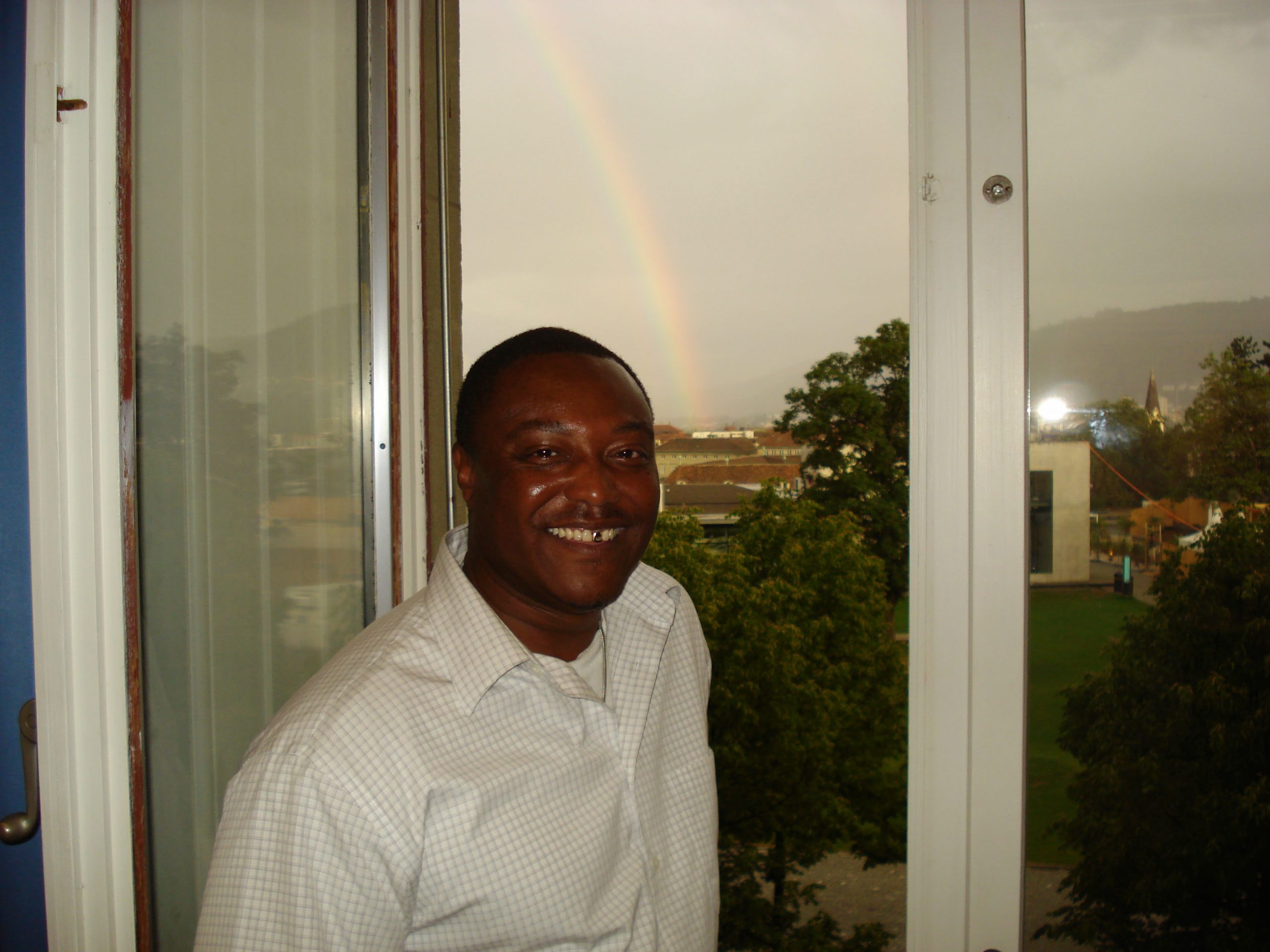 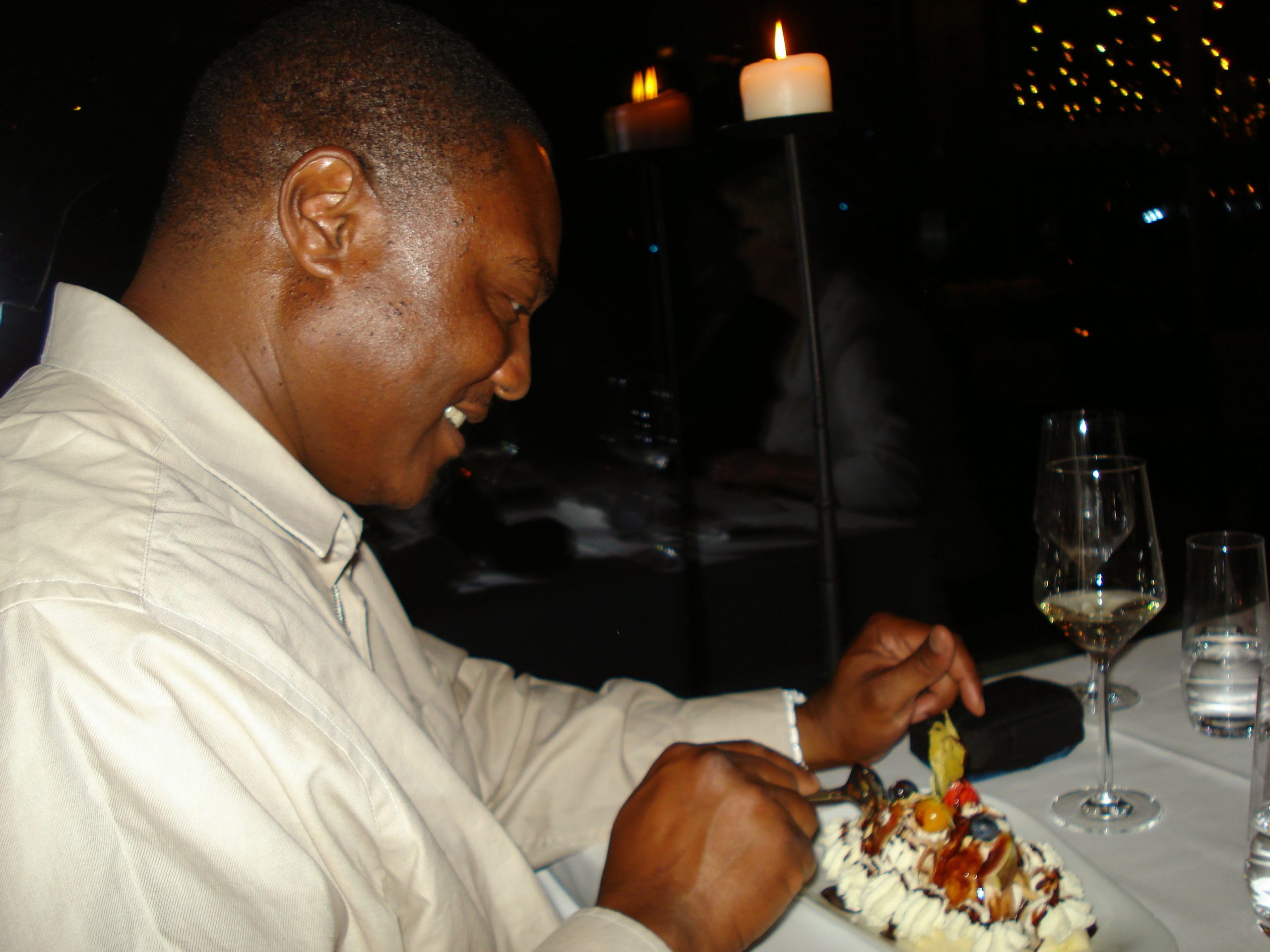 Presentation of the film “Honk” in Fribourg/Switzerland, together with Amnesty International and ACAT. 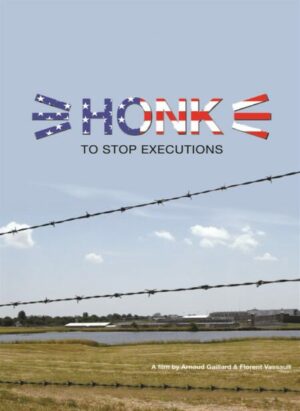 For its 20th anniversary, lifespark involves its members and their penpals in creating an artistic project: penpals are invited to submit texts for which musical tunes are composed. The final project becomes Inmates’ Voices Choir 2013, a performance of 14 songs by 8 singers which tours in 13 venues. One of their appearances is in Lausanne, on the occasion of Cities for Life on November 30, in which lifespark participates together with Amnesty International and Saint Egidio. See a video here. 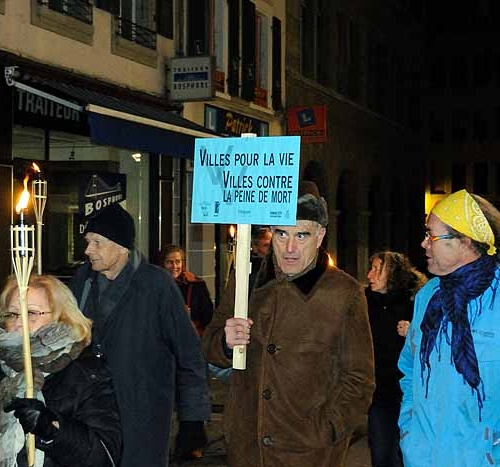 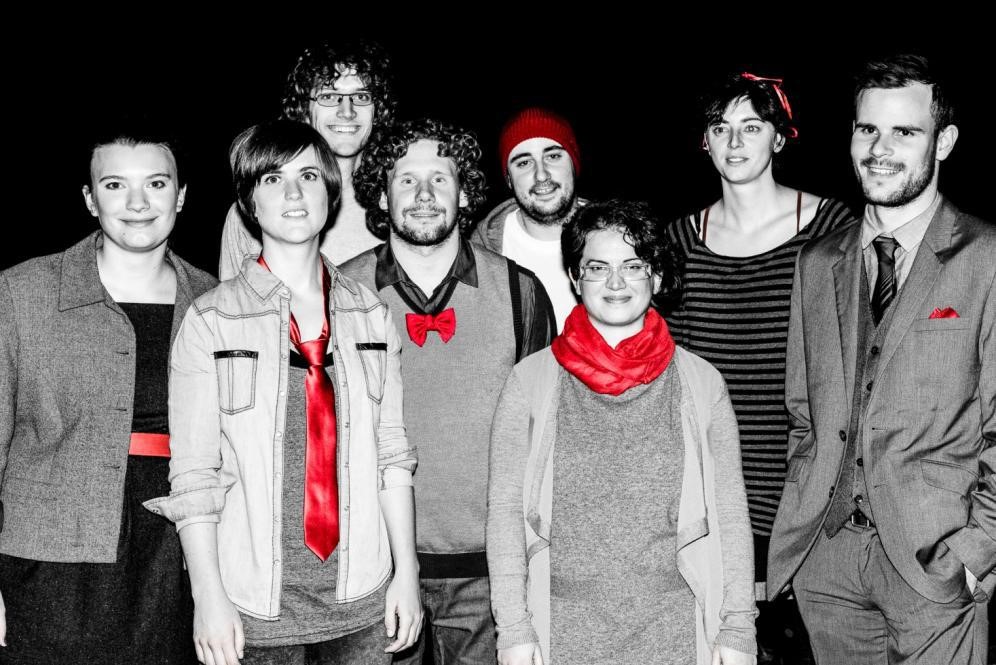 Joint meeting with German Coalition against the Death Penalty in Hofheim, near Frankfurt/Germany 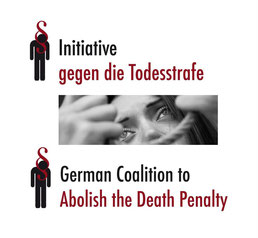 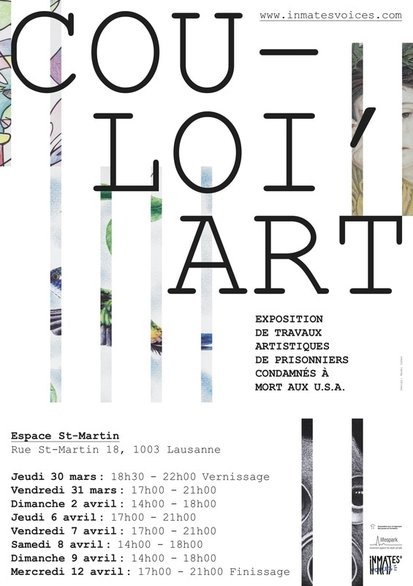 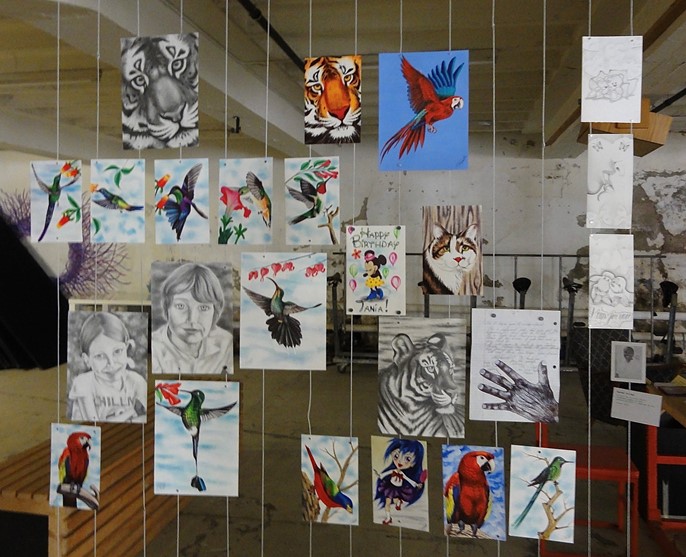 lifespark, Amnesty International and ACAT (Association of Christians Against Torture) organize a conference with Bill Pelke in Olten/Switzerland. 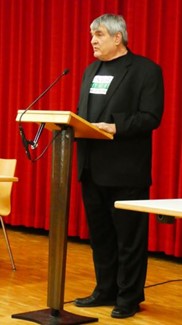 For its 25th anniversary, lifespark invites Ray KRONE, the 100th death row inmate exonerated since 1976, to be our special guest, presents extracts from the newly made “The Penalty”, and live music performed by Inmates’ Voices Choir. 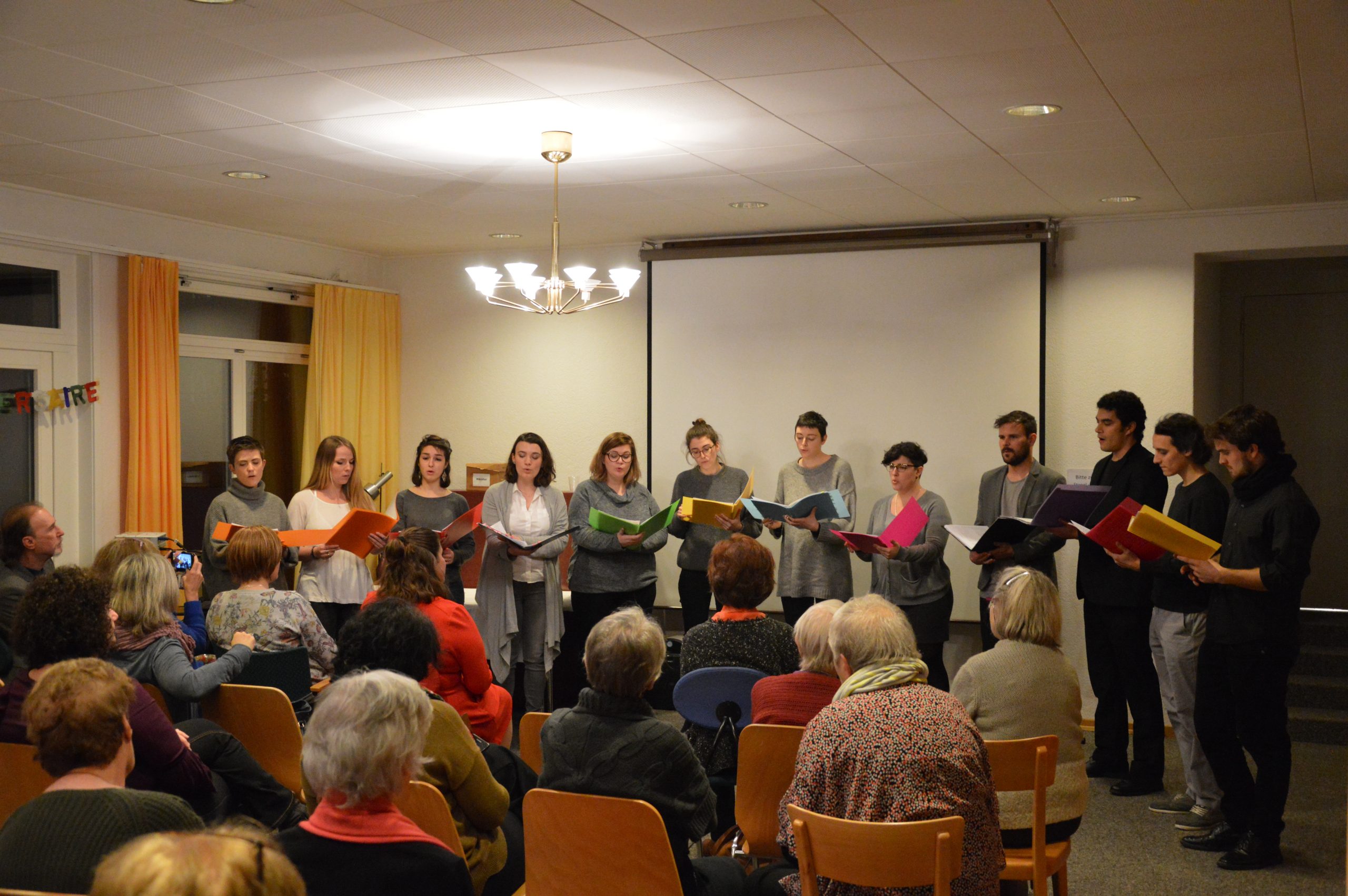 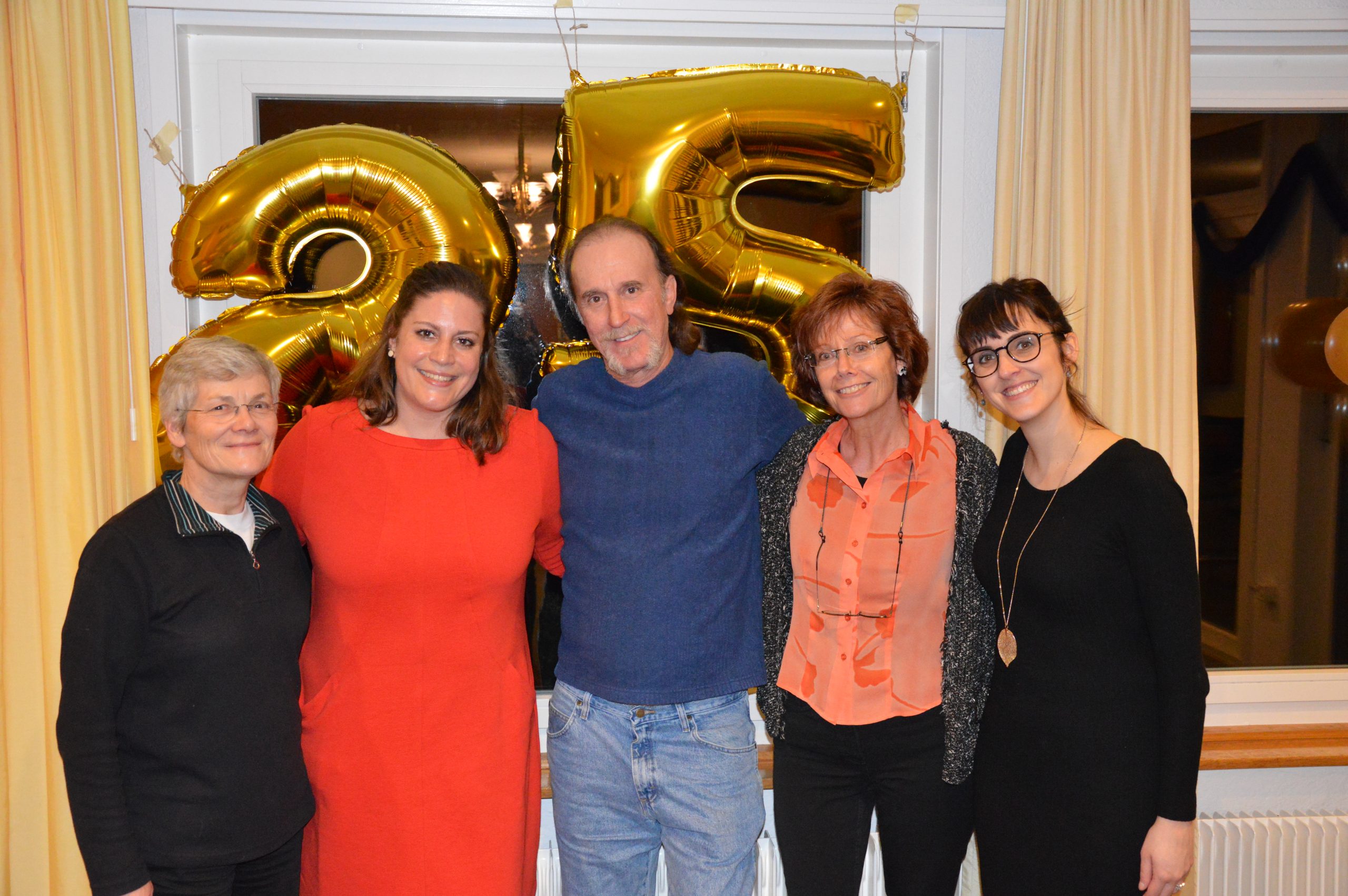 lifespark participates in the 7th World Congress Against the Death Penalty in Brussels/Belgium. 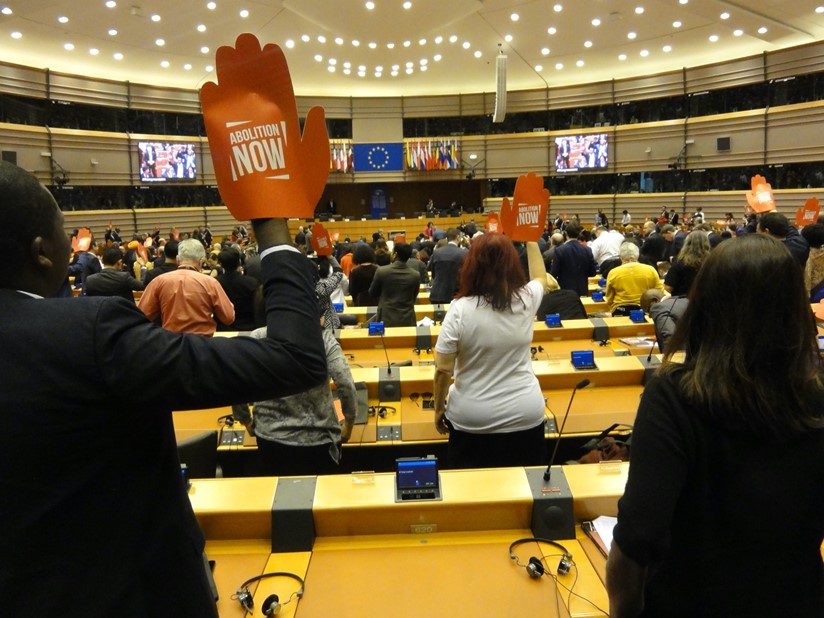 Since 1993, lifespark has greatly expanded its services for its members and in public activities. So far around 1800 inmates have received penfriends from lifespark. 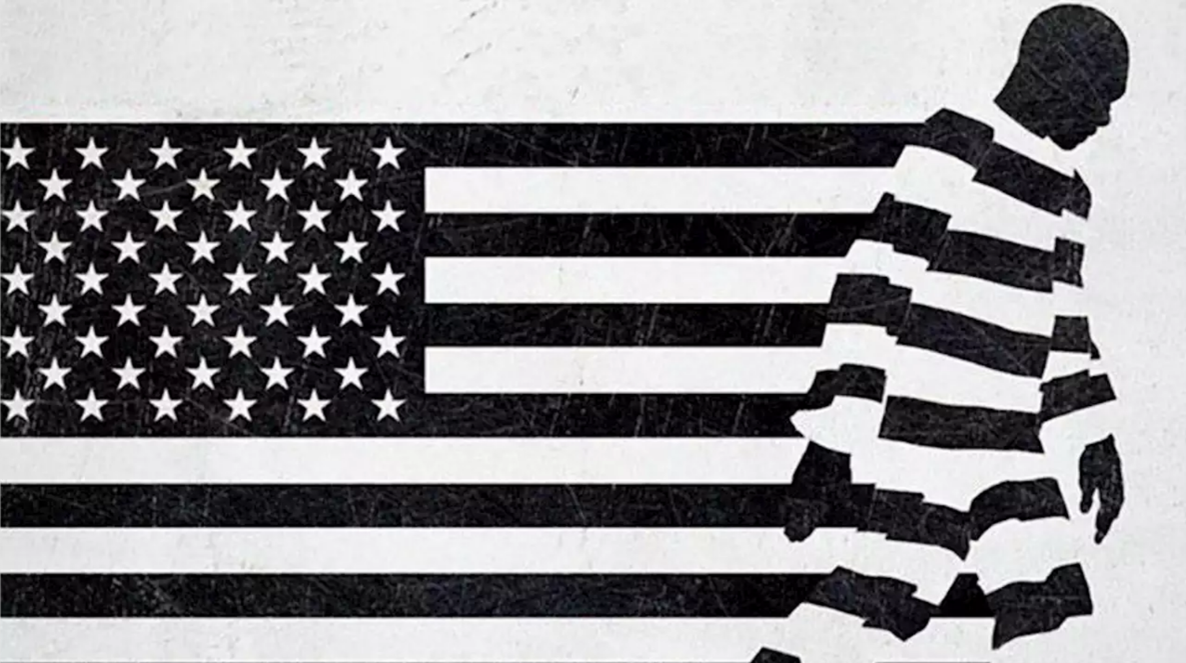 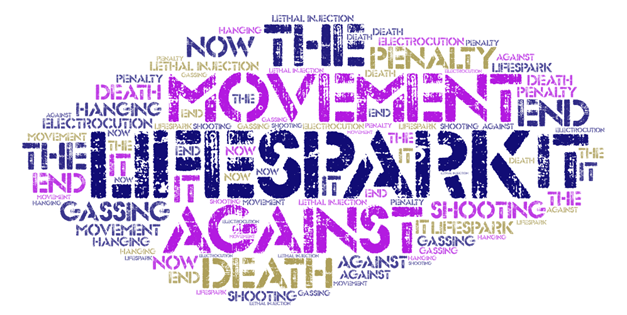